I finished another WOCS project and wanted to post while I had a minute. 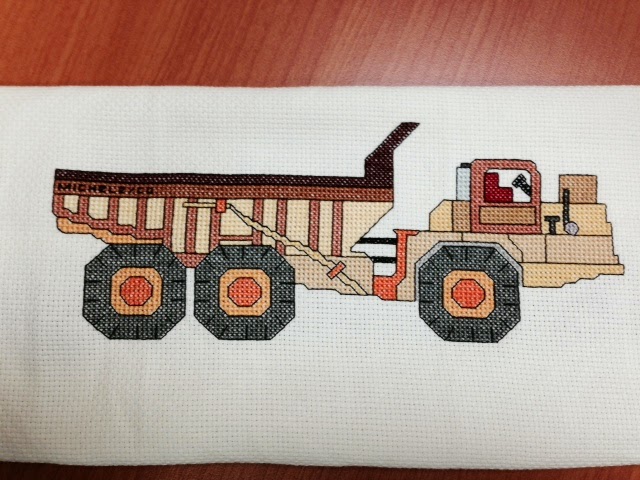 Projects for a "sew be it"  and " road work" quilt. The picture of the truck didn't turn out as well as I'd hoped as it's more yellow looking in person.  But it's done. I've been working on it off and on for about a month and it took forever to finish.  No idea why, but it's off my "to do" list.

Oh how time flies.  I can't believe how long it's been since my last post.  I've been busy stitching away, and  in mid-June started a "healthier lifestyle" change.  IE, eating better, exercising more, well...to be honest, exercising at all.  I've lost 16 pounds so far and after a tough week last week at work, hope to increase that amount this week.

The boys are back in school and I am happy to say that both boys are on the Varsity soccer team for their school.  My youngest, Matt, is only a sophomore, and while it's great he's on Varsity, he probably won't get much playing time.  The JV coach has asked him if he would be willing to play JV, so he will help them out on some of the games.

Now, where to start with all my stitching.

I did a series of small cat pictures for WOCS.  They were fun to stitch and they've already turned them into a quilt top. 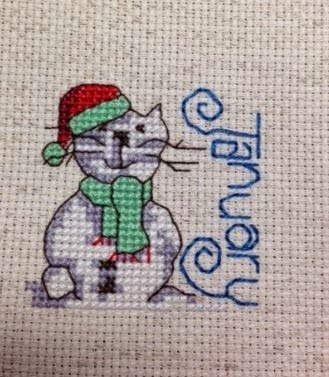 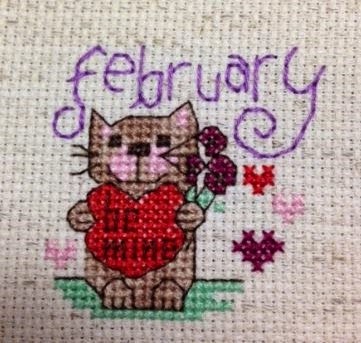 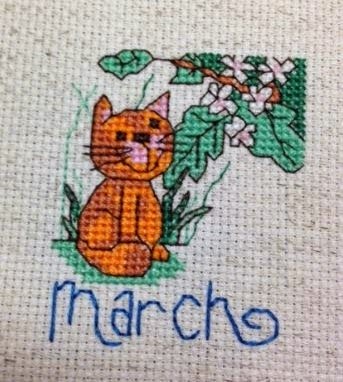 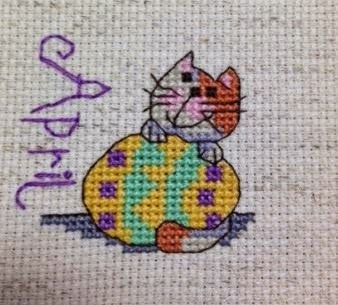 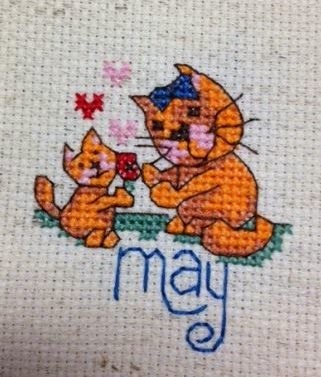 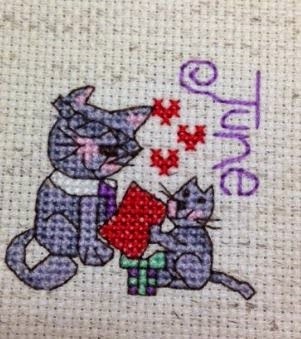 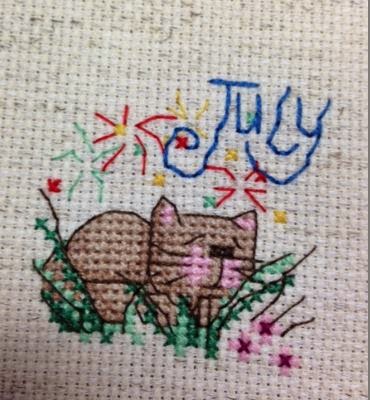 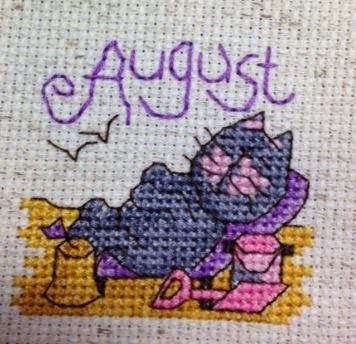 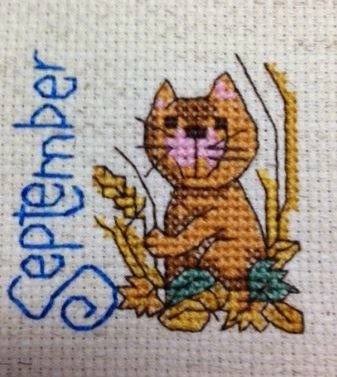 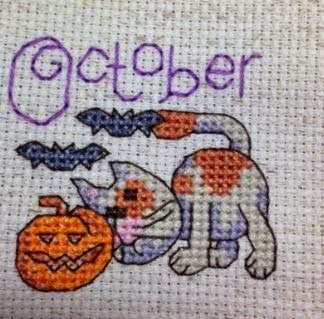 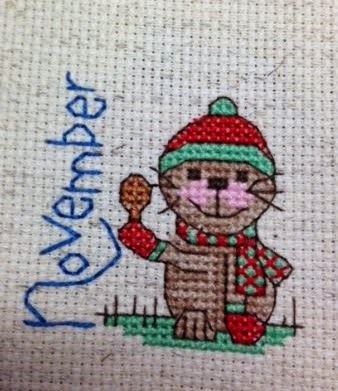 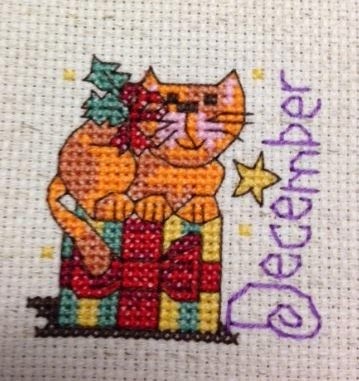 A friend had a grandbaby and wanted me to make a card for her.  The nursery theme is woodland animals and I stitched this delightful fox baby by Ellen Maurer Stroh. 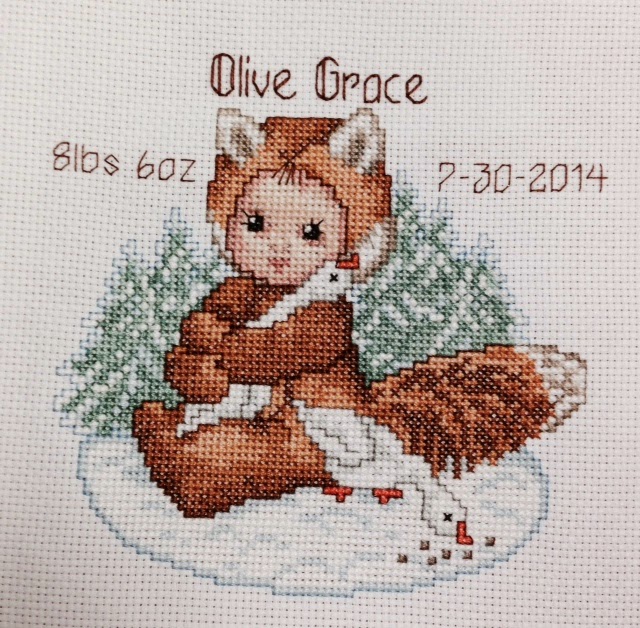 My friend is also crocheting a stuffed fox to accompany the card.

Mike and the boys went to Kansas City, MO for a soccer tournment. I was unable to go due to work, but I did I spend some time on my large Artecy rain forest project 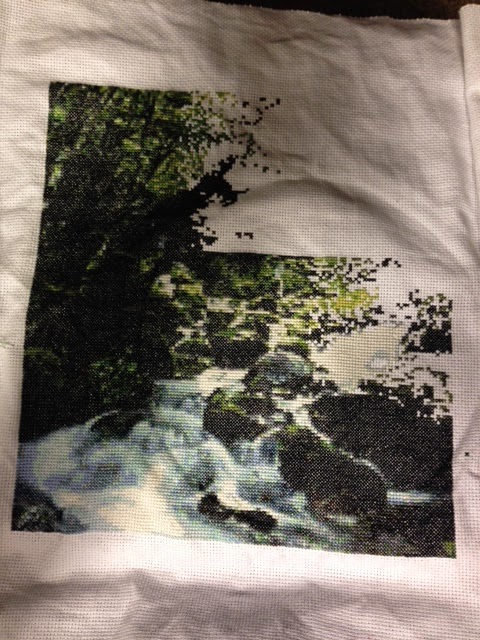 I also rearranged all my cross stitch stuff and in doing so found a set of 6 Christmas tree kits I had forgotten I had.  After working on the above project for a while, I needed to do something that I could actually finish in a reasonable amount of time so I did a couple of the trees. 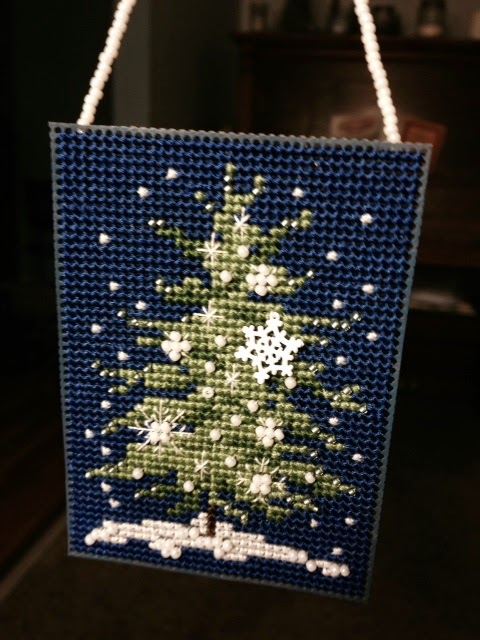 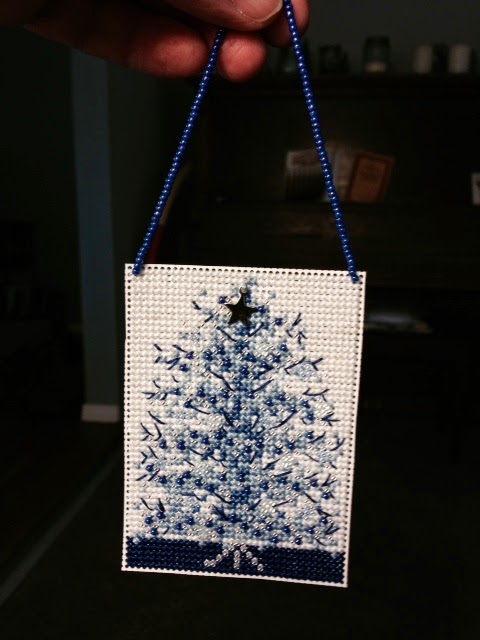 and a cute Lizzie and Kate halloween pattern. 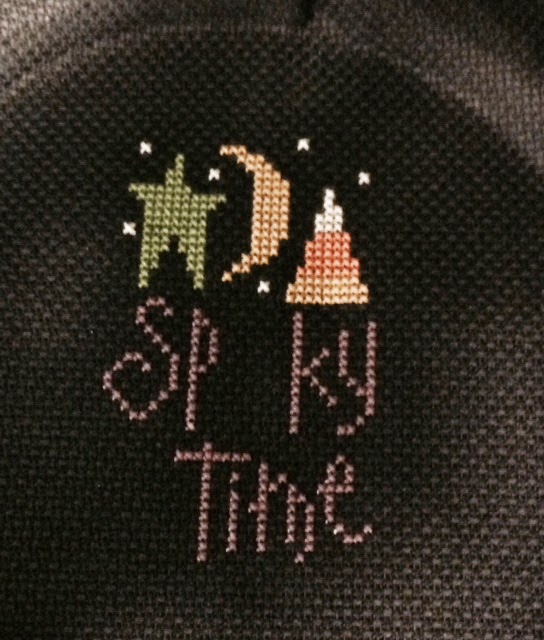 I need to add googly eyes where the "o"s go in spooky and a spider button next to time and then some kind of a decorative border, but again, I needed to do something that gave me a feeling of accomplishment. 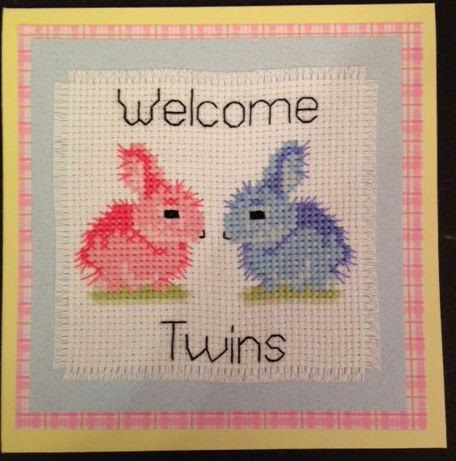 And finally, my oldest son's girlfriend is leaving for college Sunday and I wanted to give her a special card to take with her. I haven't done the finish yet, but here's the stitching.  The original kit called for turquoisy/ colors, but Akele is all about purple ( smart girl).  The color doesn't show up well, but it's stitched with 550 and 552 DMC. 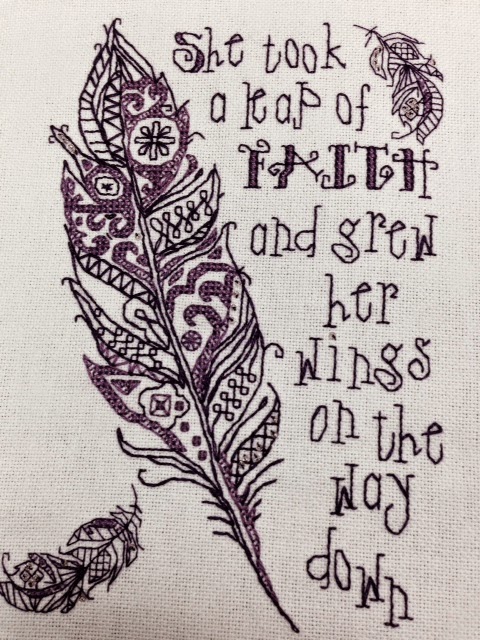 And that's been my June-August, what have you been up to?